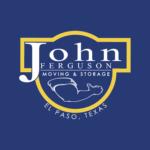 If you’re planning a move across Texas, let John Ferguson Moving & Storage be by your side every step of the way. John Moves America. Here are some of the Texas moving services we provide:

Everything’s bigger in Texas. We’ve all heard that before. And when you’re planning to move across the state of Texas, you need a company that can live up to its big promises.

John Ferguson Moving & Storage is the Texas mover you can count on.

John Moves America. Our company is based in El Paso, and we serve the entire state – and country – with our moving services. Moving from El Paso to Dallas, Austin, Houston or San Antonio? We have you covered.

Moving across Texas is no small feat. Any move is a big undertaking, but when you realize that traveling from Texline (in the upper northwest) to Brownsville (on the western Gulf coast) is a 14-hour drive — and you’re still in the same state — it’s mindboggling.

Don’t worry about the distance. Our expert moving crews will get your household goods packed up, transported and delivered safely to your new home in the Lone Star State.

When movers discuss moving, we have local moves, long-distance or interstate moves and international moves. An “intrastate” move or “in-state” move is an additional category, where your move is treated like a long-distance move, but we’re not crossing state lines.

As one of the leading Texas moving companies since 2006, John Ferguson Moving & Storage is well-equipped to handle your Texas move.

We have a fleet of long-distance moving trucks seven moving trucks, including our semi, nicknamed the Battle Cat.

When you choose John Ferguson Moving & Storage as your intrastate mover, you will get:

Our additional moving services include:

Driving from El Paso to Beaumont, Texas, is nearly as long a drive as traveling from Dallas to Sioux Falls, South Dakota. The more you think about it, Texas is practically its own country.

There are plenty of opportunities to pick up and move to a new city without leaving the state you love so much.

The population of Texas is growing. More than 28 million people live here. That number is up 3.4 million from 2010.

Where Are People Moving In Texas?

Business Insider reports that Frisco, near Dallas, is at the top of the list. More than 43 percent of homeowners have lived there for less than 10 years. Midland and Odessa are also popular, due to “black gold, Texas tea.” Oil.

The top cities for migration include:

Further down on the list, but still ranking high in terms of welcoming newcomers, are Lubbock, Waco and San Angelo.

Why Are People Moving To Texas?

People move here for jobs, higher education and a lower cost of living compared with other big cities in the United States.

Beyond that, Texas is one of the most tax-friendly states in the country. You won’t have to pay state income tax, which means more money for recreation.

The food! Each metro area has its own food culture.

When you’re planning an intrastate move, organization is key. A move of any type, whether its local or international, presents a long list of to-do items.

In addition to finding that perfect home, school and job, you have to actually pack up and move.

John Ferguson Moving & Storage offers full-service packing, and we have plenty of tips to help you, if you’re planning on packing yourself.

Create a moving checklist: Give yourself intermittent deadlines, to stay on track.

Get A Free Moving Estimate From John Ferguson Moving & Storage 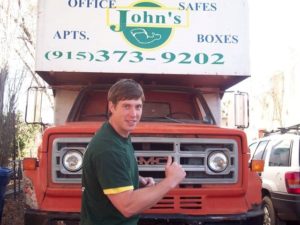 John Ferguson Moving & Storage is your go-to source for all things moving in Texas.

We’re based in El Paso and have been since 2006. We take moving seriously. We’re fully licensed and insured. All employees are trained and background-checked for your safety, which is not something that can be said for all moving companies in Texas.

We made our name in the moving industry from the ground up with hard work, fair pricing, over-the-top customer service and a lot of thanks to good reviews from people like you.

When you’re looking for an intrastate moving company in Texas, remember, John Moves America. Give John Ferguson Moving & Storage a call at (855) 526-5646 to plan your intrastate move, or fill out this form for a free moving quote.